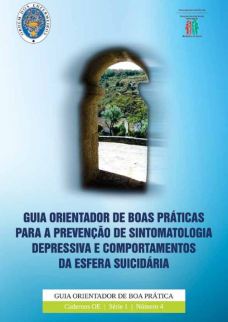 An Introduction to the Art and Science of Cognitive Behavioural Psychotherapy – Swan, John (et al.), Pages 59-73

A Family-Focused, Recovery Approach When Working with Families When a Parent Has a History of Mental Health Problems: From Theory to Practice – Maybery, Darryl (et al.) Pages 283-291

Working with Individuals Who Are Homeless – Forchuk, Cheryl; Pages 561-570

The costs of mental health problems exceed 4% of GDP
The total costs of mental health problems on EU economies are huge, highlighting the need for greater efforts to prevent mental ill-health and to provide timely and effective treatments when it occurs. Besides the costs on health care systems, mental health problems also result in substantial costs in terms of social security benefits as well as
negative labour market impacts in terms of reduced employment and productivity.
(…)
In 2015, the overall costs related to mental ill-health are estimated to have exceeded 4% of GDP across the 28 EU countries.
This equates to more than EUR 600 billion. This total breaks down approximately into the equivalent of 1.3% of GDP (or EUR 190 billion) in direct spending on health systems, 1.2% of GDP (or EUR 170 billion) on social security programmes, and a further 1.6% of GDP (or EUR 240 billion) in indirect costs related to labour market impacts (lower employment and lower productivity).
Despite these costs being considerable, they are still a significant under-estimate, as several additional costs have not been taken into account. These include, in particular, social spending related to mental health problems, such as higher social assistance benefits and higher work-injury benefits, and the higher cost of treating a physical illness if the patient also has a mental illness.
In addition, some of the indirect impacts of mental health problems on labour market participation such as reduced employment rates or working hours for informal caregivers taking care of people with mental health problems or the impact on co-workers, have not been taken into account.

Conclusions [p. 40] [bold nosso]
Many European countries are taking action to prevent mental illness and to promote mental well-being. More than one hundred interventions to promote good mental health and protect populations from the negative impacts of mental illness were found across the EU, targeting all age groups.
Measures are being adopted to promote well-being in schools and nurseries, with new parents, or in workplaces. Reducing stigma and increasing understanding of mental well-being are policy priorities. Furthermore, with improved population-level awareness and understanding of mental health, the stigma around seeking mental health care and talking about mental illness falls. Overcoming stigma and improving diagnosis rates can be expected, in turn, to contribute to more robust data on the true prevalence of mental ill-health.
As this chapter shows, mental ill-health is not distributed evenly across the population, and there are important age, gender and socio-economic differences in the burden of disease. Some groups are also less likely to be the target of promotion or prevention interventions. Supporting vulnerable groups, such as older people or unemployed people, is important to build more inclusive and active societies, but at present far fewer policies reach these groups. The dialectic relationship between distance from social structures and deteriorated mental well-being should also not be underestimated. Just as mental ill-health reduces the likelihood of being in employment, unemployment increases the risk of having poor mental health. Programmes that foster good mental health – reducing loneliness, encouraging social participation, building support structures – and interventions that can identify and respond to signs of mental distress, should be priorities for European countries.
The growing evidence base along with the significant burden of mental illness make clear that there is a societal case for introducing many such promotion and prevention programmes, but there is also a clear economic case for further investment in this area. Actions to prevent mental illness and promote good mental health can bring lifelong benefits to children and their families, workplace interventions can reduce absenteeism and presenteeism, and suicide prevention strategies can prevent tragic losses of life and potential.
The costs of mental illness are extremely high, the potential gains from strengthening mental well-being are significant, and the opportunities for promotion and prevention are far from exhausted. This chapter lays the grounds for a clear case: much more can and must still be done to promote mental well-being and prevent mental ill-health.

Conversamos by LN is licensed under a Creative Commons Atribuição-Uso Não-Comercial 4.0 Internacional License.